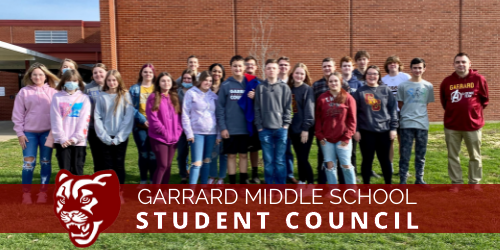 Kylah Peck, GMS 8th Grader, learned that one of her GMS peers had recently experienced a house fire- resulting in the loss of all of her possessions and a car accident- resulting in serious injuries. Hearing the news, Peck instantly began brainstorming on fundraising ways to help this GMS student. Peck wanted to choose a fundraiser that had little to zero cost to organize so that all funds collected could go directly to the family.

Peck pitched the idea of a pie face challenge to Student Council Advisor, Mr. Martin. After deciding this was going to be their method of fundraising- the Student Council got to work. Students met with teachers and gathered volunteers for their fundraising challenge. The idea of the challenge was to have students donate money to teachers’ names that they would like to see get a pie in the face. The Student Council spent time preparing before launching their fundraiser. Council members gathered twenty-seven teacher volunteers- and printed their picture to place on a milk jug. Students collected those milk jugs from staff and student donations. All twenty-seven jugs were placed on tables during the lunch periods and students/teachers could drop money in whichever jug they desired. At the end of the fundraiser, the top five teacher jugs with the most money will be the teachers who would get pied in the face for the entire GMS student body to see on their club day.

pied in the face for the entire GMS student body to see on their club day. 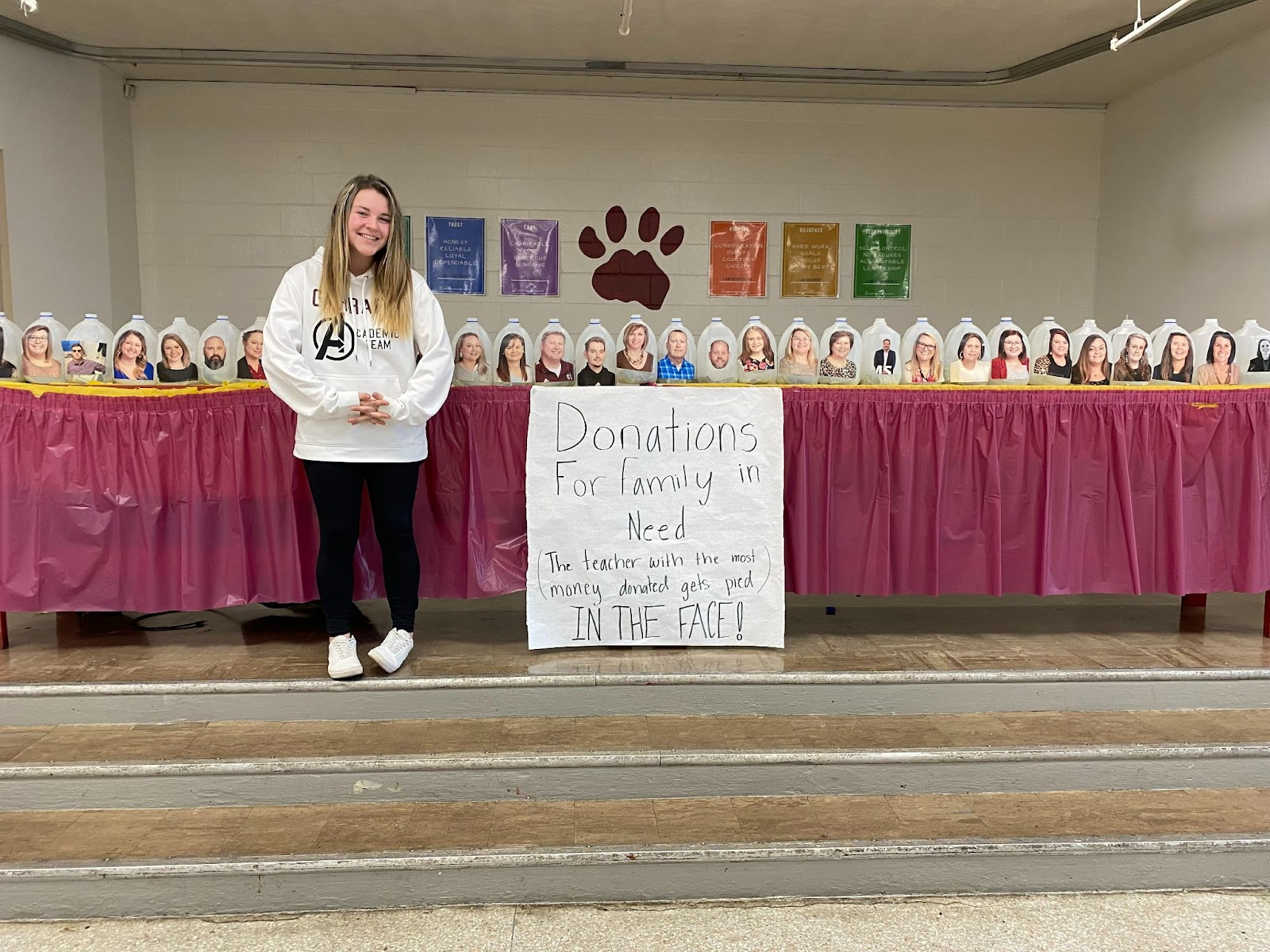 This fundraiser was completely organized and executed by GMS students- and a huge success! The students raised a total of $1572.18 in funds to donate to the family! The top five teacher jugs with the most money ended up being all male teachers! Mr. Jon Martin, Mr. Ron Denson, Mr. Jon Smith, Mr. Ben Davis and Mr. Noel Green all got pied in the face at the last GMS Club day assembly! Garrard Middle School is proud of their student body for coming together to help a fellow student in her time of need! 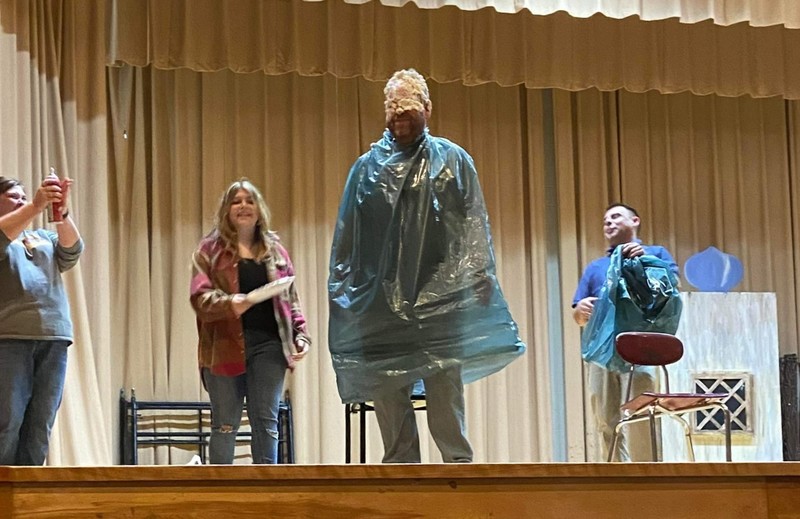