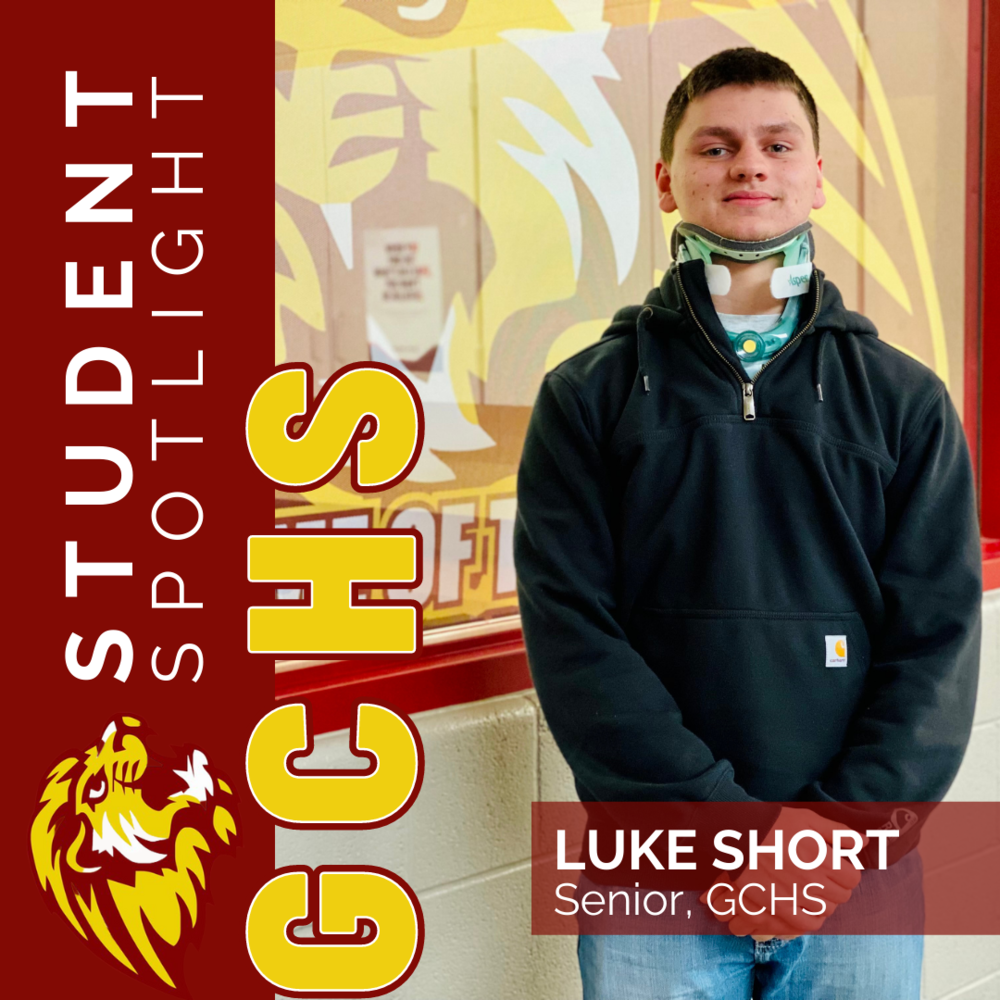 Meet Luke.
As many of you know, Luke Short is a senior at Garrard County High School. Luke is a great student in the classroom and athlete on the field- but there is so much more to this young man.
Three months ago, Luke took a hard hit in the first play during the first football game of his senior year. Despite getting back up on his feet and playing the entire game, Luke would soon learn that that first hit broke his neck.  In the following weeks, Luke would visit the hospital, schedule and undergo surgery and begin his recovery.
Luke has had to miss out on a few things since his injury. He had to miss classes while recovering from surgery, he had to participate on the sidelines for his senior year in football-rather than on the field, and he had to modify his plans of playing basketball this year by becoming the manager of the team instead.
Although this could seem devastating to some, Luke Short is a person who wakes up each day and chooses gratitude and optimism. He is grateful his surgery went well and grateful his recovery is right on track. He is optimistic about the future of getting back to his normal self and getting to do the things he loves again. If you speak with Luke about his injury and recovery, you will not hear him complain or speak with negativity. We are very proud of Luke and so thankful we get to call him a GC student!