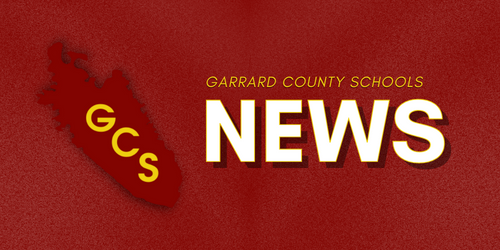 According to Garrard County Superintendent Mr. Kevin Stull, the sprinkler, located in the Garrard Middle School office, burst early morning on Christmas Day. Despite impressive efforts by the GC maintenance team, the current condition of the Garrard Middle School gym flooring indicates damage is unsafe for use. Mr. Stull says, “Our maintenance team dropped all that they were doing at home during the holidays in order to confine and then remove the water, I want to personally thank them for what they did to prevent further damage.”

Garrard County High School Athletic Director, David Hoskins and coaches, have worked systematically to develop a plan to modify the season schedules and to provide our senior athletes with “home” games. These newly scheduled “home games” will take place in Garrard County High School’s auxiliary gym. Due to the limited seating capacity of the auxiliary gym, these games will not be open to the general public. Admittance to the games will be operating on a voucher system. Coaches and players will be given vouchers to pass out to parents and families. Fans who do not have a voucher will not be permitted to buy tickets at the gate. Entry to GCHS home games will be through the side door directly across from the student parking lot.

The following games will now be played at Garrard County High School and operating on the voucher system:

The following games will be played at Berea College:

These games will be open to the general public, and WILL NOT be operating on a voucher system. Garrard County High School students will be admitted to the games, free of charge. Please view the map below for parking and entry information:

*Full updated schedules will be posted in the next few weeks.

In addition to the regular season schedule, Garrard County was set to host the 45th District Basketball Tournament in 2023, which has now been rescheduled for winter of 2024. Lincoln County will host the 2023 District Tournament, while Garrard will assume hosting responsibilities next season.